Brace yourself, Winter is Coming... Canada's Complete 2018 Winter Forecast Has Been Revealed.


Through some research, we found out that when it comes to the weather, most online sites have a hard time being accurate. But there is one website that predicts the winter weather almost perfectly right, and that site is the Old Farmer’s Almanac. 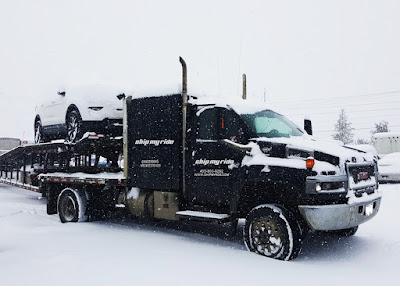 So what are the foreseen weather temperatures for Southern British Columbia?

Precipitation: Above-normal. Get your gear ready!

Snow: Above-normal. People in BC will have to be extremely careful when driving in these conditions.

Snowiest Period: Snowiest periods in early to mid-January and late February. Late snow for them, that’s is great!

Okay, but, what about The Praries?

Coldest periods: Mid to late December, early January, and mid- to late January. Seems like an early but shorter winter!

Precipitation: This winter is expected to have above-normal precipitations.

Snow: Snowy days ahead! As is expected to snow in above-normal amounts. As we saw already… in September!

Snowiest Period: Early to mid-December, mid- and late January, late February, and mid- to late April. Snow, snow and more snow… At least we will get the chance to practice our Snow Man building techniques!

If you want to avoid diving in these weather conditions when you move, contact to get a free car shipping quote!

Driving in the city, tips for a safe ride home

November 20, 2018
It doesn't matter what season it is, if you own a vehicle and drive within a city you know how stressful it can be, or how situations can turn dangerous in a blink of an eye. Here are some tips and ideas that will help you be a safe driver and be secure when you are on the road. Be calm when driving. Before you get in your vehicle, make sure you are calm. If you drive when you are stressed, anxious, upset or emotional in any way, you can become a dangerous driver. When you are not calm or relaxed, you wont be as focused on the road as you should; remember driving a vehicle is a huge responsibility as you hold the safety of yourself., your passenger and other drivers on the road in your hands. If you are emotional in any way, give yourself a few minutes before starting your drive. Breathe and try to put your thoughts on hold, so you can concentrate on the road ahead.  Use technology for your advantage when driving. Be aware of traffic waves, or rush hours. the
2 comments
Read more